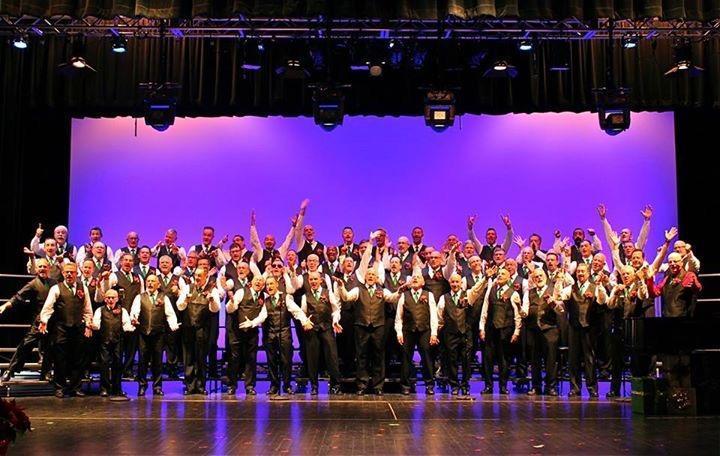 A few years ago, had someone wanted to bet me that the Palm Springs Adventist Church would play host to the Palm Springs Gay Men’s Chorus at our annual Christmas fete, I might have been willing to take that bet (if I were a betting man). Adventists pride themselves in being a welcoming group, and a case can be made that this is particularly true of our Palm Springs church. However, our parent organization has been of the opinion that church doctrine specifically prohibits man lying down with man (or woman with woman). Our Palm Springs church has been especially welcoming of gays and lesbians—short, of course, of challenging church doctrine.

As a consequence of Adventists’ unwillingness to change with the times (which is not to imply that change is always good), many gay Adventists have felt unwelcome. Some have moved to sects that openly accept gays, no strings attached. Others nominally maintain their affiliations with the Adventist movement but also participate in groups such as SDA Kinship, which is specifically targeted toward a gay audience but not sanctioned by the Adventist hierarchy. While the December 19 appearance of the Palm Springs Gay Men’s Chorus at our Palm Springs Adventist Church did not abrogate Adventist doctrine respecting homosexuality, it did in fact mark a very significant step in welcoming members of the LGBTI community.

Every year, our congregation holds a Christmas worship service the Sabbath before Christmas—a two-hour Christmas musical—leading up to a short but very poignant message from our senior pastor, Michael Leno. It happens that Pastor Michael is a music aficionado.  He not only sings but he conducts choirs and other singing groups. He and I had been talking about recruiting a chorus of men for the Christmas event, and I suggested—only half seriously—that we enlist the services of the Palm Springs Gay Men’s Chorus. Pastor Michael’s eyes lit up, and he said: “That would be great. Would you be willing to ask them?” I told him that I would do my best.

I knew that the chorus had just completed their Christmas concert and that they were beginning to focus on their spring event. I realized, too, that the group’s appearance would be somewhat costly to the group’s budget and that our church was not in a position to compensate them for their appearance. And so I approached the PSGMC’s choir director, Doug Wilson. He told me that his group typically booked their appearances a year out, and we were talking here about scant weeks. Doug understood that, save for a modest stipend that I was willing to kick in, the group’s appearance would be pro bono. Given the lack of notice and the fact that many of the members had other obligations that time of year, Doug warned me that he would be lucky to get very many volunteers. In fact, once he had his board’s approval, Doug was able to enlist 40 of the 80 chorus members, which was quite an accomplishment. The plan was for the group to sing two songs at the beginning of the service and two more prior to the sermonette. The four numbers were: “Hodie,” “Every Valley,” “Salvation Is Cleared,” and “Gloria Fanfare.”

Congressman Dr. Raul Ruiz (a member of the Indio Spanish Seventh-Day Adventist Church) presented the biblical Christmas story, reading from the Gospels of Matthew and Luke. The Honorable Dale Wells, Judge of the Riverside Superior Court (and a Palm Desert pastor), read passages from the book of Isaiah. The service was preceded by a breakfast served an hour before the service, and well over 200 parishioners and guests partook of the meal.

Our pastor (Michael Leno) referred to the service as a “celebration of the birth of Jesus and the diverse community of those who gather in His name.” Referring to this diversity, our pastor said: “It’s not about us anyway; it’s about a God who loves and saves and who keeps making his circle of friends even larger.”

In addition to our own church members, I saw a fair number of former members of our church, including those who had left our church because they had felt abandoned. The feedback I have personally received was of “overwhelming joy,” “unbelievable,” and “great day.” One person expressed the feelings of a good many of those who attended: “I never thought I would see this in my lifetime. Thank God I saw it happen in my day.”

Tears, laughter, acceptance, home, welcome, belonging, loved—these are some of the emotions that filled my heart on this special day. We had all come together to praise the God of all. In his sermonette, Pastor Michael spoke of “fear” as Jesus defined the term.  There is no pain, no heartache, no loneliness, no more tears, no more marginalizing or disenfranchising when “God’s fear” dwells in our hearts.

We live in an age in which one feels the need to look over his or her shoulder to make sure that danger does not lurk behind. We are fast losing our sense of community. Our news has been reduced to sound bites. Somehow, these 40 voices came across as one; and their voices were not sound bites but rather voices of love and community. Most of us came to recognize that these are not men of a different persuasion, but rather men of a similar persuasion with perhaps a few differences with respect to their genetic makeup. After all, we do indeed pride ourselves in being a welcoming community. That welcoming spirit was very much in evidence on December 19.

Already, there is talk about an encore performance for the Gay Men’s Chorus next year. Let us pray so, but let us not wait until next Christmas to recapture the spirit of the Christmas just past.