Official Note of Condolences and Solidarity from SDA Kinship Brasil 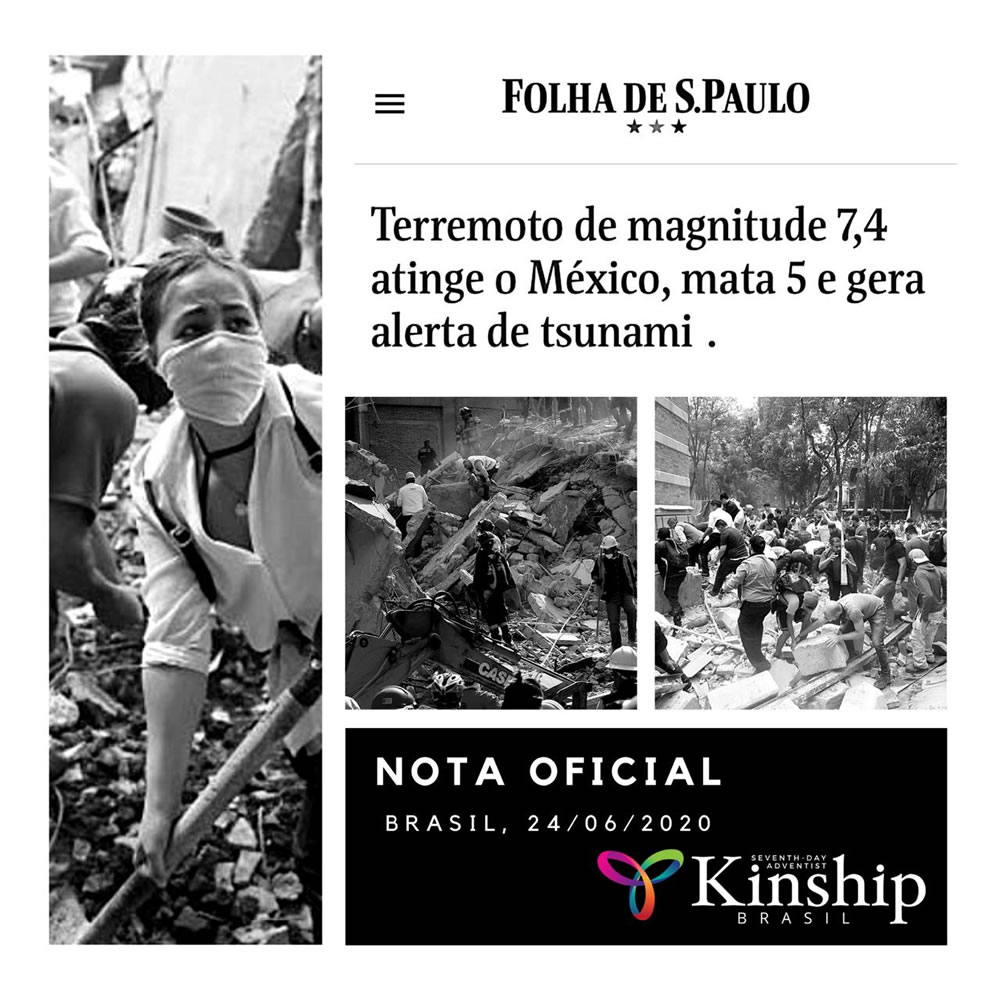 SDA Kinship Brasil became aware, with great regret, of the earthquake that hit the southern coast of Mexico on Tuesday (23), which caused the loss of life and significant material destruction.

It is not surprising that bad things happen in this sin-dominated world. Sometimes, however, we are surprised at the magnitude or how quickly things can happen.

And yet, nothing surprises God. When speaking to the disciples about the end times, Jesus said to them, “For nation will rise against nation, and kingdom against kingdom, and there will be famines, and pestilences, and earthquakes, in various places” (Matthew 24: 7, ARC).

REMEMBER THE PEOPLE IN UKRAINE