I was brought up at the heart of the Seventh-day Adventist community. My father was a paid and ordained minister for forty-four years. Working with equal commitment to the church, my mother was an unpaid pastor (eventually ordained as an elder). But my parents never tried to hide either their own imperfections or those of the church. They taught us to be “boundary dwellers” to look for truth everywhere —both inwards into the church and outwards into the wider and very real world.  They also taught us the core Adventist value of “present truth”—the idea that new truths are revealed to the people of God at different times in history. They taught us to look for and seek to discern that truth wherever and whenever we could find it. I believe I heard some of that “present truth” last weekend at European Kinship Meeting.

Some years ago, when I was first invited to a meeting of Kinship which describes itself as a “safe community for LGBT Adventists and allies,” I found myself in a new community of people, many of whom are or want to be part of the Seventh-day Adventist Church. Of course, they are not all paragons—but neither am I and neither are the people with whom I sit in church every week. It’s so important never to forget that.

I have listened at various Kinship meetings, and in my work as a counsellor and therapist, to so many stories. I have heard in both places the stories of serious women and men who seek to be faithful to God and honest with themselves about who they are. And as I have listened to them, I have been impressed by many of them who have struggled greatly on the journey to be true to God and true to themselves in the face of misunderstanding and intolerance.

Some of them have worked at lot harder at being honest with themselves than I or some of my straight friends have done. And so many of them have suffered and continue to suffer at the hands of powerful and sadly ignorant church people who claim to be following Jesus of Nazareth but succeed only in perpetuating fear and prejudice. In the face of all this, some Kinship members have become wise and thoughtful people who have so much to offer the wider church.

As I sat with the group at Kinship Europe meeting last weekend, they agreed that, before they parted, they would offer each other some of the skills they have learned in being “boundary dwellers” on the edge of a church which offers them so little welcome.

They had so much wisdom to offer. Here are my top ten of their rules for being boundary dwellers:

If only everyone would follow just some of this advice, not only with Kinship members and their like but also with everyone they meet. If only! 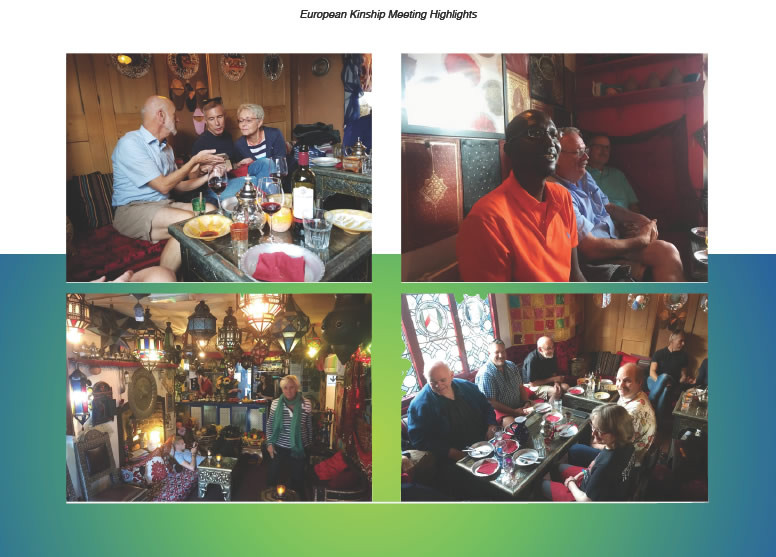