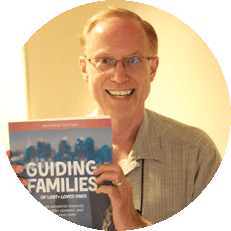 Between 3,000 and 4,000 members of the LGBTIQ community participated in the annual Creating Change Conference in Detroit, January 23-27.  I was glad to be a part of the Spiritual Care Team and meet hundreds of participants in the Many Paths spiritual space including a number of Seventh-day Adventists who were attending the conference.  Along with a number of plenary sessions, there were hundreds of workshops available, making it a challenge to figure out which ones to attend.

I had the privilege of being the guest lecturer for a class on Religion and Gender at La Sierra University.  I shared the story of my journey and had a conversation with the students regarding their questions about our community.

The Sabbath of February 2 was the annual Kinship Advisory Council.  The Council shared how they have been involved in supporting our community during the last year.  They had conversations about the new welcoming policy voted by the La Sierra University Church, the ground-breaking work by Kinship members with hundreds of Adventist pastors in Kenya, how allies are helping with GSA groups on Adventist campuses in the U. S., how Kinship should respond to the attacks on Kinship by members of groups like Coming Out Ministries, an update on the General Conference committees including the one on homosexuality, and recommendations to Kinship regarding the new Director of Church Relations to be chosen this summer.