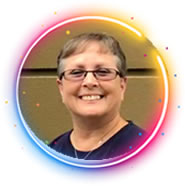 I’ve been really discouraged lately, as many of you have told me you are. With all that is going on in the world and in my country, the United States of America, it’s easy to be discouraged.

Some of you follow me on my personal Facebook page or Twitter account, where I post some political commentary to family and friends. I recognize that some of my posts could offend some folks outside those circles. But what I most intend to express in any of my social media posts is my desire for all of us to treat each other with kindness and compassion and empathy…and to absolutely call for justice whenever and wherever it’s needed.

I’m not interested in attacking any political party, organization, or demographic of people. Kinship is a non-partisan organization and we are here for our entire community. I must address particular attitudes and behaviors that highlight the need for true social justice in our society, our communities, and even our families.

I find it difficult to stay optimistic when one person says “Black Lives Matter” and someone else, usually someone White, replies “All Lives Matter.” Of course all lives matter, both to God and to me, but until Black lives actually do matter as much as White lives do in my country and our world, then all lives don’t matter.

I recently posted on my Facebook page a quotation that matches my thoughts on this. Those of you who’ve read it, please excuse the repetition. Those of you who haven’t, see if it resonates with you.

“They say we want to disband police departments (and that we hate the police): we don’t; that’s a lie. We want to weed out racism and unnecessary police brutality and for those who abuse their power to be held accountable.

“They say we want to release all prisoners: we don’t; that’s a lie. We want to weed out racism and ensure the punishments match the crimes and to deprivatize prisons.

“They say we want open borders: we don’t; that’s a lie. We want asylum seekers to be given their chance to seek asylum. We want to help people who are coming from unimaginable terror and poverty to help give them the chances we have. We want to ensure children aren’t separated from their parents and that nobody is kept in cages. But we do want proper vetting.

“They say we want to take away your guns: we don’t; that’s a lie. We want logical gun control to help prevent mass shootings.

“They say we want to wage a war on Christianity and Christian values: we don’t; that’s a lie. We want people of all religions to be able to practice and worship freely.

“They say we want to get everything for free: we don’t; that’s a lie. We want to work hard and make sure that healthcare and education are affordable for all.

“They say we want a war against traditional marriage: we don’t; that’s a lie. We want people of all sexual orientations to be able to love freely, no matter who you love.

“They say we want to destroy or rewrite history: we don’t; that’s a lie. We want to recognize the ugly parts of our past and do everything we can to say, ‘that’s not okay, let’s not honor those aggressors, and let’s not let those things happen again’.”

“They say we want to take away your constitutional rights: we don’t; that’s a lie. We choose to believe science and wear masks and try to prevent the spread of this disease.

“They say we hate America: we don’t; that’s a lie. We just recognize our faults and want us to do better, be better.

This quote represents so many of the social justice issues in the news today. Some of them are part of the debates that happen in SDA Kinship’s member discussion groups, and as a community some might say we’re waging our own kind of “social justice” within our denomination.

For the last nearly 50 years, it has been a daily fight just to have our voices heard in our churches and to make space for our community members to be visible, to have a place to worship, serve, and raise our families in fellowships that practice the love of Jesus.

For those still in the church, Kinship stands with you and will continue to advocate for you even when we are misunderstood, lied about, or attacked for doing so. Those of you who’ve needed to move into other denominations, we’re here for you, too, and don’t want your journey to be degraded.

For all of us, we are here to support each other, whether within this denomination, within our professions, at our educational institutions, with our families, or in our personal circles on social media. You are not alone, and Kinship stands with you as we stand with marginalized people in each of the societies in which we live.