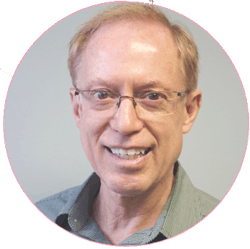 During late January and the month of February, a number of events took place that provided opportunities for Kinship to be involved through the Director of Church Relations.

The Creating Change Conference in Philadelphia for the first time offered a room called “Many Paths” for those of various faiths to meet for spiritual support. Some Kinship members who were attending the conference came to the space. This included an opportunity for those who wished to share their concerns, prayers, and fears during the inauguration of the new President. There were many opportunities to interact with various LGBT support groups, including those from the Muslim and Jewish communities.

In early February, the members of the Kinship Advisory Council met for their annual face-to-face meeting. The Council is chaired by the Director of Church Relations with the President of Kinship and a member of the Board invited to attend each year. The other members of the Council are current or retired employees of the denomination or closely affiliated organizations.

This meeting begins with the members sharing ways in which they have been involved in supporting the LGBTIQ community during the year. It is always an inspiration. The discussions this year included: the work of the various gay and straight alliance groups on Adventist campuses, including the new group at Loma Linda University; the Safe Places program, creating ways for more congregations to become involved in providing both a safe place and integrating LGBTIQ members into congregations; and developing stronger ties between the Kinship Board and the Advisory Council. The Council also encouraged Kinship to develop a tagline and branding that would help the church to see Kinship as Christianity authentically practiced.

In late February, the Director of Church Relations attended the One Project and was invited to serve as a facilitator for one of the tables. About a dozen Kinship members and over three dozen of those who identify as Kinship allies were among those who attended this conference, including several of the presenters, who publicly mentioned the importance of the church ministering to members of the LGBTIQ community. Many wonderful conversations occurred during the conference. On Saturday night following the first day of the conference, a number of Kinship members and allies met for haystacks and an evening of conversation at Daneen and Stephen’s home.