In an attempt to help bring understanding and compassion in the transgender bathroom debate, I will share two stories that shine a little light on the issue.

When I was returning home from a weekend trip, it was getting late in the afternoon, and I was in deep southern Georgia driving southbound on I-75. I needed two things: a restroom and some food. I exited the highway at the first exit that had a fast food restaurant I liked. I was hungry but in dire need of the restroom. I entered the restaurant and headed straight for the ladies' restroom. When I opened the door, two preteen girls were exiting, being directed by a woman in her late twenties or early thirties. She directed them to wait in the area just outside the restroom entrance. They departed then I entered. What I found was a room full of girls, ranging from age 7 to about 14, along with two women. The group looked like a cheerleading squad. The young women were directing traffic, and I got in line to wait my turn for a stall. As I waited, one of the women apologized for the ongoing ruckus that six or eight young ladies can make. I replied that it wasn’t a problem and asked if they were indeed a cheerleading squad. She confirmed they were, and that they were on their way home from a major competition where they had placed first, explaining the excitement of the group.

As I waited, a couple of the girls navigated around me to exit or move about in the room, and each politely said, “Excuse me, ma’am.” It was finally my turn, I entered the stall and did my business, exited the stall and proceeded to wash my hands, check my hair briefly, and head for the exit. As I was exiting the room, the girls were finishing up so only a few remained and one of the women had gone out to keep track of the group waiting outside. The woman still in the restroom apologized once again, I said, "No problem; hope you have a quiet drive home."

As I exited the restroom, the group of girls was now standing by the wall opposite the restroom entry, and they greeted me with a "Sorry, ma’am." I returned with a “Great job today!” I went on to eat; they, having already eaten, headed out to their van and on toward home. There was no scene, no concern by or for anyone, as the older grey-haired woman had done what everyone does: used the restroom.

Consider, however, the alternative. Had I used the men’s restroom, as some now would have me do, I would have caused a scene. The girls who were already waiting when I arrived would have seen a grown woman enter the men’s room; and, as I would have exited it, the even larger group would have seen me exit. Now that would have caused a scene and I am certain that I would have been the topic of a significant amount of conversation in the van of girls. Additionally, I would have put myself in a space that certainly enhances the chance of assault, not even considering the embarrassment that I and the men in the restroom I would have encountered. A second story is in order which, hopefully, sheds light on that period of time known as “transition.” In the course of my migration to my current female appearance, I had this rather humorous experience. 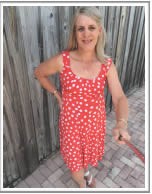 I was “presenting” female most of the time; but, for this trip, I attempted to present in a rather gender-neutral to masculine way for personal reasons I choose to not discuss here. My intent was to limit my dysphoria but still not be perceived by others as female.

My spouse and I were visiting our son over the 4th of July weekend in a major city. We spent Sabbath enjoying the sights and history of this wonderful American city. Over the course of the day, I was gendered as both female and male, having had people address me as both "sir" and "ma’am" at various times throughout the day. As we sat at our table for dinner, my bladder finally was to its limit, so off to the restroom I headed. I had put it off all day as public restrooms are a place no trans person looks forward to; and, in my state of transition, they were particularly scary places. My problem was further compounded because I had been gendered as both female and male in the course of the day; so I knew that, regardless of the restroom I used, there could, likely would, be misperceptions. 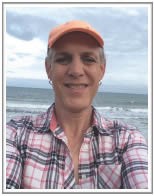 The questions in my head were, "Which facility should I use? How quickly will I be able to get in and out? Can I avoid others, if at all possible?" This restaurant was large and crowded and the situation was further aggravated by the fact that non-patrons had access as well, and the area was crowded with 4th of July revelers. Since I was presenting “male” I chose the men’s room. I managed to enter and complete my bathroom experience with no incident. As I exited there were people standing near the entrance. Two were 20-something women standing facing one another chatting about something. I would have to pass between them. As they saw me emerge from the restroom, the looks on their faces said it all! "What in the world was that middle-aged woman doing in the men’s room!" Granted, there was a line to get into the women’s restroom; but, clearly, they were caught off-guard. But the story doesn’t end here. 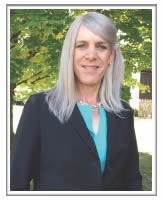 Arriving back at the table, my 20-something son, decided to go to the restroom; and here is where the story gets a bit amusing. Upon his return to our table he announced, “The weirdest thing happened in the restroom.” I inquired what happened and he proceeded to explain. He entered the men’s room and it was rather busy. He claimed the unoccupied urinal and prepared to do his business, when he heard two women talking. Hearing female voices, he looked around and caught a glimpse of them as they quickly washed their hands and exited the restroom. I inquired what they looked like. He said I didn’t get a great look, but told us what he remembered: long hair, one blonde, mid-twenties, average build. I started to laugh and said, "Let me tell you the rest of the story."  Apparently, seeing a middle-aged woman—me—come out of the men’s room caused them to decide that, instead of joining the queue for the women’s room that extended well up the corridor and would likely require a 10-minute wait or more, they’d brave the men’s room.

I still chuckle when I think of the latter story, but the story doesn’t always end well for transgender people. Public bathrooms are places none of us relish; but for transgender, gender queer, tall big-framed women, and butch-appearing women, they are particularly hostile places. Even now, with several years since transitioning and confident that I “pass” well, I still find public restrooms challenging space.

Transgender children, teens, and young adults in the educational setting encounter a somewhat different challenge as the restroom and locker room is both a place to take care of biological functions and a social space. If a person transitions while school age and the policy others them by forcing them to use a remote gender-neutral restroom or locker room for the gender designated at birth others them in a way that paints a target on them as someone who is different, strange, troubled, and often to be avoided. It is so much healthier for everyone when good protocols are used to ensure that transgender children have equal access to facilities that correspond to their gender identity.